Trinidad & Tobago. One of the few countries or territories in the Caribbean that hasn’t been bitten by any major tourism. Most visitors show up for the annual festival of Carnival, which just about every Trini I met insisted I come back for – also providing the caveat that I’d better plan to come a year ahead. They also insisted I make a visit to the smaller island of Tobago, far more well-known for beautiful sandy beaches and aqua blue waters. Trinidad, on the other hand, doesn’t have quite the same assets on hand, so I’d say the main draw here is the incredible diversity. I had 48 hours in Trinidad and here is what I did: 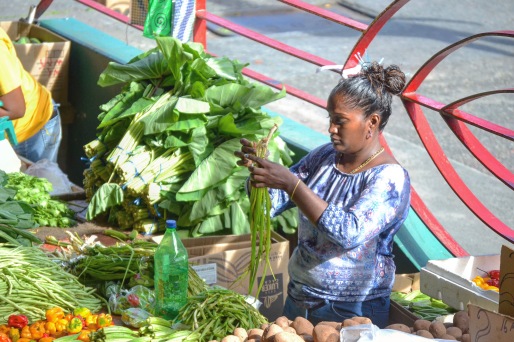 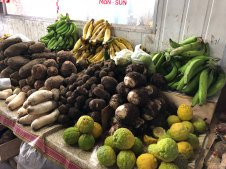 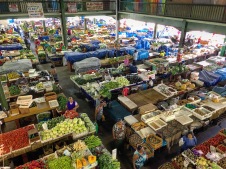 Heading down to “central”, I experienced my favorite thing while traveling – markets with fresh food! The first floor has just about everything you can eat, from okra to odd-looking lemons, from culantro to papaya. The produce is fresh, colorful and beautiful. Take a walk through the butchers area and you’ll see the heads of cows and goats kept on display. Later on in the morning, hairy crabs were brought in, their claws wrapped with leaves to keep them secure. The second floor opens later, but it’s really just clothing, so not of interest to most people – but do go upstairs for a panoramic view of the market and to just flat out people watch. 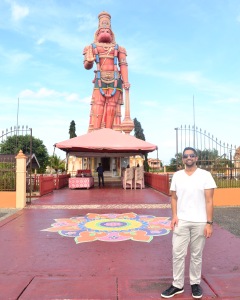 Did you know Trinidad hosts the largest statue of Hanuman outside of India? The Dattetreya Temple hosts a large statue of the monkey god and its worth taking a quick visit. The temple itself is not terribly ornate, but it is clean and it’s an interesting peek into Trini Hinduism. Along the western coast highway, funeral pyres are burned in the traditional way of wood, causing traffic to come to a standstill due to curiosity 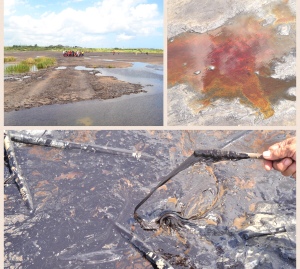 Everyone has their own taste in travel. Personally, this lake is likely to only be interesting to geology fans. The only thing I took away was the differences in the water content and ground stability ranging from hardened material to straight up tar-like substance which someone once fell into, and had to be pulled out by several people. 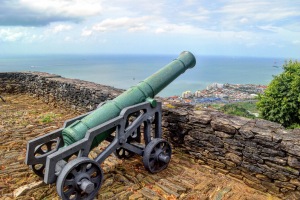 The historic hilltop Fort George may be the most interesting conventional sightseeing site in POS. Some people do the walk, but feeling neither energetic or concerned about some warnings about the route, I opted for an uber up. The driver made the suggestion to just keep the trip running since one can only spend a little bit of time up there. On a clear day, the view is quite nice. A few cannons add some spice to your photos, although the fort building itself is just a small house. 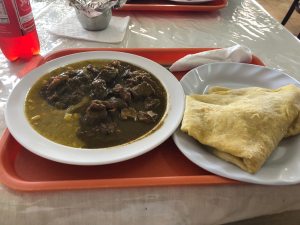 I was advised to go to a really good roti spot along the highway, literally called hi-way roti. The place was very popular and it was hard to pick, but I went for the goat curry, since Caribbean food does goat the best. It was tender and the curry itself oh so delicious (a little salty though – I was consuming gallons of water after), and best of all, the roti – stuffed with dried yellow lentil powder, was fluffy and hot and it’s the kind of meal that will ensure you aren’t hungry for quite a while 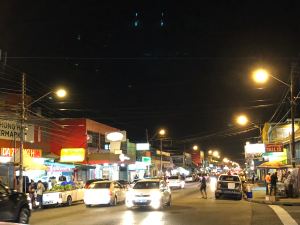 What I loved most about Trinidad was the major difference in vibe. The tourism industry is quiet outside of carnival and people headed to Tobago beaches, so unlike so many of the other islands where tourism is commoditized and cruises dump thousands of passengers a day, it was refreshing to just meet random strangers in a park or coffee shop or whatever who will not only greet you, but often also strike up a conversation – a lot of them have family in the New York City area so they loved to tell me about that, and of course remind me I should have come for carnival and should have gone to Tobago. 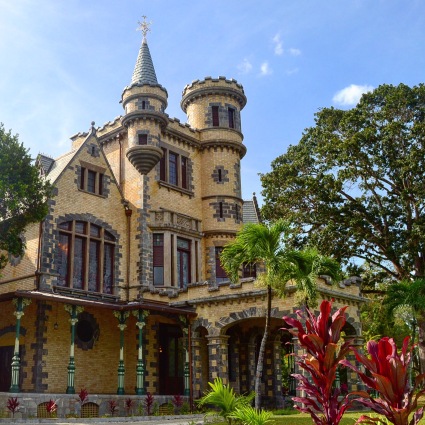 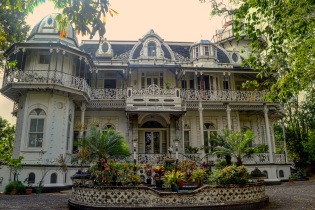 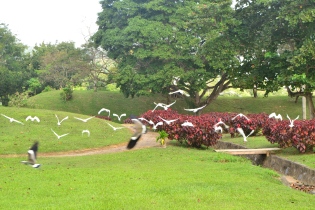 Full disclosure – the Queens Savannah is a fairly barren open space, and might not be too interesting unless you want to take a run. There is a selection of lovely historic buildings lining the western border and southwestern border. Most of them are unfortunately locked up, but you can always peer through the gates for a better look. 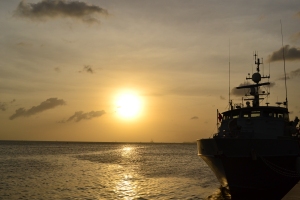 (8) Sunset on the waterfront

Right behind the new high-rise Parliament And the Hyatt is a special tribute to Trini Olympic medallists, and the navy ships make a beautiful subject to catch the sunset along this quiet stretch of walkway. 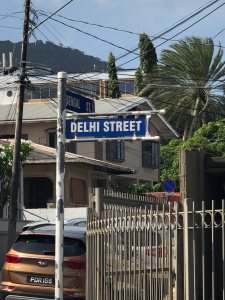 Obviously, this was just my own experience. I would have loved to head over to the Caroni Bird Sanctuary and other spots on the island given time – and the next time I am on the island, I plan to explore so much more!

Don’t be so afraid of Port of Spain. I felt just fine wandering through the central parts of the city and staying clear of certain areas I advised to avoid – like East of Charlotte Street. Driving is a piece of cake, besides the notorious traffic around Port of Spain and other towns during busy times – the drivers were quite easy to manage, and the roads in generally good condition.